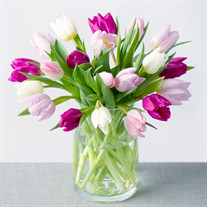 Alma Judith Szczepankiewicz (nee Wzczkowiewicz) "Anna", passed away peacefully on Sunday, April 10, 2022. Wife of the late Conrad Szczepankiewicz who passed away in 2016 after almost 60 years of marriage. Loving mother of Rita (Yeager) Ulrich of Germany, James "Jack" (Pamela Kincaide) Szczepankiewicz and Paul (Virginia "Ginny") Szczepankiewicz. The most beautiful grandmother of Brian (Kelly), Kimberly (Daniel), Patricia (Kevin), Ava (Ross), Kenneth (Danielle), Lawrence (Jacqueline "Jackie"), Connor (Laura), Adam (Haleigh), Andrew (Thomas), Benjamin (Lisa), Rose (Walter "Wally") and Gabriella (Jack). Anne is also survived by fourteen great grandchildren and nine great -great grandchildren. Dearest sister of Thomas (late Margaret "Peggy) Wzczkowiewicz, the late Maureen (the late Richard) Stratton, Conrad (the late Kathleen) Wzczkowiewicz, Thaddeaus "Teddy" (the late Helen) Wzczkowiewicz and Edward (the late Elizabeth "Betty") Wzczkowiewicz. Several nieces, nephews, great nieces and great nephews also survive Anna. She was a retire of the Peter J. Schmidt Company where she served as a Deli Manager at various stores for almost 45 years. She and her husband Conrad loved to travel to Europe, Spain, England, Greece and spend summers camping with their young children and the grand children. She was a gentle soul who never raised her voice, always had a kind word to say to everyone and loved to bake pies, cakes, Placeks and in later years taught herself to make candy which she would bag and graciously give to her neighbors and friends. She kept a beautiful, warm and inviting home which she loved to entertain in and host dinner parties. She was the happiest when all her "gang" was together for the holidays. Despite declining health in the last few years, Anne kept a positive attitude and enjoyed going to the salon for a mani/pedi with her granddaughters. She was the glue that held the family together and her advice was spot on. She is resting peacefully now holding Connies hand and doing the polka with her parents. FAMILY VISITATION AND PRAYER SERVICE WAS HELD PRIVATELY AT THE KEVIN M. MASON FUNERAL HOME . Expressions of sympathy may be directed to Hospice Buffalo 225 Como Park Boulevard Cheektowaga NY 14227. On the memo portion of your check, please write Alma J. Szczepankiewicz. Arrangements have been entrusted to the KEVIN M. MASON FUNERAL HOME 154 Weimar Street Buffalo New York 14206 (716) 362-0199 Fax: (716) 462-5355. Email: [email protected] www.kevinmmasonfuneralhome.com.

The family of Alma "Anna" Judith Szczepankiewicz- Wzczkowiewicz created this Life Tributes page to make it easy to share your memories.

A comforting word from you means a lot.